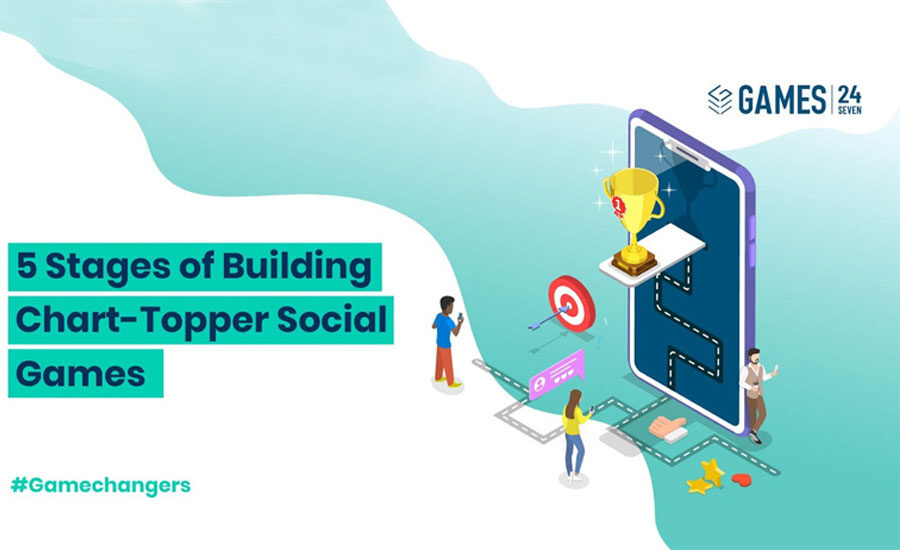 With a successful portfolio of fun, thrilling and engaging chart-topper games, Games24x7, one of India’s most successful gaming companies, has been changing the way India plays for over 15 years. Launched in 2015, Ultimate Games, the social gaming division of Games24x7, has developed two of the most successful social casino titles in India — Ultimate Teen Patti and Ultimate Rummy. Both titles have amassed over 10 million downloads in the Indian market, making Games24x7 one of the very few game developers in the country to have achieved the coveted feat of having more than one game in the Top-50 grossing chart.

What are social games and why is it a big deal?

Social games are casual games that allow social interaction between players. Think of a game that you have downloaded on your mobile that allows you to play with friends. That’s a social game. Popular examples include Candy Crush, Subway Surfers, PUBG, Rummy, Carrom, Ludo, Coin master, Clash of Clans and the likes. According to a recent KPMG report, the gaming sector in India was one of the outperformers in the Media & Entertainment industry in 2019. Growing at a staggering rate of 42%, it’s estimated worth adds up to $1.1 billion. Worldwide, the industry is on the track to surpass $100 billion by the end of 2020. Now that’s a number you can’t ignore!

At Games24x7, the whole process of building a game or adding a new feature is a combined effort of specialists from departments such as Game Design, Art, Product Management, Marketing, Game Development, QA, BI/Analytics, Data Science, Customer Support and Risk Management. Who would have thought so much goes into building a game, isn’t it?

It all starts with the Ideation stage where, based on analyses and learnings, the team brainstorms on new games and feature ideas. We have a collaborative approach to ideation. Key members from every department contribute in one way or another during this stage. This is also where a lot of quick prototypes are made and it is not uncommon for ideas to get scrapped. But once the idea is good to go, we move on to the Build stage, which is the most action-packed stage. This is where we start putting the game together. The art team provides and integrates the art assets that determine the look and feel of the game/feature. The engineering team codes the functional aspect of the game/feature that transforms into an interactive software. It’s nothing short of magic! Once the game/feature is developed and signed off, the Launch stage begins. Here, we start planning for the release date. We always test the new features/games before opening it to a larger audience, so that we know exactly whether a feature has worked and what its impact has been. And finally, the Analysis stage! This is the stage that drives our decision-making processes. Games/new features are analyzed by the product and data science teams from a wide variety of angles with an aim to learn more about player behaviour. These learnings then fuel our subsequent ideas, which in turn take us back to step 1 — Ideation!

The science behind the art

Social games, by their very nature, require a whole lot of creativity. This enables a healthy dose of creative freedom to our game designers, artists and engineers to come up with novel ideas and bring them to life. The thrill of pushing the boundaries and innovation that gaming has to offer is frankly incomparable to any other kind of product development. At Games24x7, we go beyond the norm. Our games are an interesting mix of art and science. Product managers and data scientists build upon gameplay experiences of our players to figure out what appeals to them and how we can personalize our offering to match the gameplay styles of each player. This sort of deep analytics gives us an edge above rest and allows us to deliver rich and rewarding experiences to our players.

Social games are here to stay

With increasing mobile and Internet penetration, social games, being one of the fastest-growing segments of the online gaming industry, are redefining and transforming the gaming landscape altogether. It is crucial to integrate the games with the power of data science to provide great personalisation for players. Companies that can create immersive gameplay experiences by harnessing the power of data hold the future.

With new games in the pipeline for the global audience, we are constantly on the lookout for high-energy and passionate go-getters to join the social games studio at Games24x7.

Avin Sharma is an ISB alumnus and the Vice President of Social Games Studio at Games24x7. He and his team are responsible for building casual freemium games from the ground up. From conceptualising and designing to ensuring that the games are built for the right audience, his team takes complete ownership of delivering immersive gameplay experiences to users.