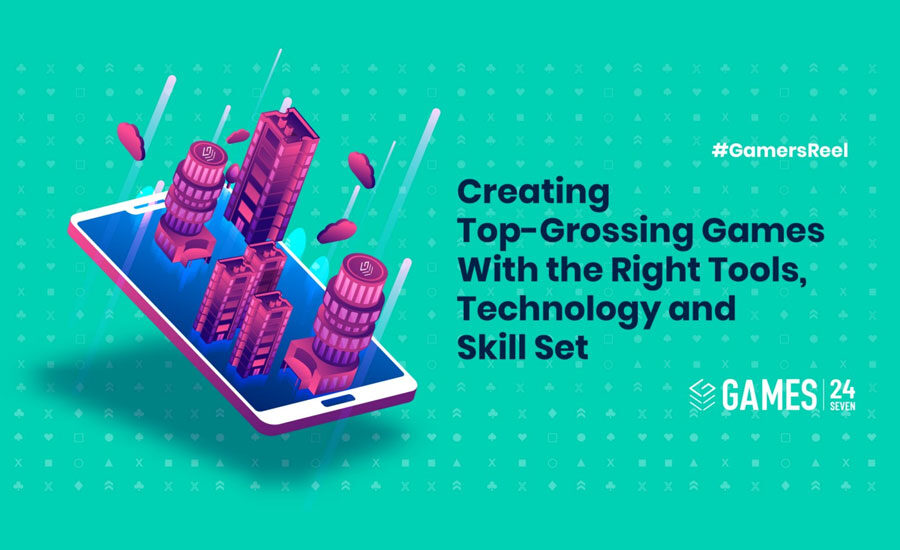 What does it take to develop a full-fledged game that eventually tops the charts? To take a game from concept to completion, the creators must have the right tools and technologies. Well, who are creators? They are the people who provide exceptional gameplay experiences to players using various skills including artificial intelligence (AI), engineering, writing, programming, human psychology, among others.

Let’s say you want to build a gaming studio that can create multiple games at the same time. Then the first thing you must do is to ask yourself:

To answer these questions, let’s try to create a simple model that can help you build a system to achieve the goal.

1. What kind of games are we going to make?

2. What kind of skill set is required and how does information flow between these different skill sets?

You will need developers, artists, designers and product managers. But this alone won’t be sufficient. You will have to map the skill set and information flow using a computer science mapping technique as seen above.

Let’s take a look at an example:

3. How can different skill sets coordinate and work together?

You can’t create a gaming studio without the basic skill sets. Sometimes, in smaller teams, one person will be handling multiple nodes. If you’re thinking about dividing nodes into specialisations, then we have to think about the trade-off between speed vs. time and quality vs. time.The key is to fine tune these models for efficiency and quality as represented in Diagram 1.

Let’s look at the flow of information when we have a system with nodes attached to each other, considering the connection line represents the medium in which information flows. To optimise the flow for efficiency and quality, the right tools need to be used along with protocols laid so that different verticals can communicate and work effectively. In the end, your game should feel like it was created by one person with a single concept in mind.

This diagram captures the initiation process of an idea to production. It has a strong resemblance to the Orion — the hunter constellation. Just like the name of the constellation suggests, the team must hunt for the best game idea for the market and bring it to life.

Now let’s take a look at how tools, along with the right specialisation, can make the pipeline more efficient. Check out Connection-1 and Connection-4 in Diagram 3.

4. What are some tools required to build chart-topper games?

Being a 21st century gaming company, at Games24x7, we are heavily reliant on technology to enable an efficient flow of information and maintain a balance between freedom and constraints. None of this would be possible without the right tools and technology. We use the Unity game engine as the core tool to make games. Apart from Unity, we also create tools that are generic and game-specific to make the pipeline efficient.

TechArt Manager is an interfacing tool created by Games24x7 with these clear-cut goals:

Just like the TechArt Manager, we have created many more tools to make the pipeline more efficient. A blog on tool engineering and graphics engineering will be coming your way soon. Stay tuned!

In order to develop a system that allows us to ship things in parallel, the key is to connect different verticals. Once that is done, we can jump into parallelisation. Let’s go through another diagram to understand how, at Games24x7, we maintain a system to create and run multiple games parallelly.

Once we find the first piece of the puzzle, we can easily solve the rest of the game. This is the exact same thing that our GPUs do with shaders.

The next step is to integrate this pipeline with Dev workflow (This might require an entire episode/blog for itself.) There is always scope to make the pipeline more efficient by using the right tools and technologies.

Currently, we are working on cracking two problems in the Machine Learning space.

Technologies that we’re always curious about

Suraj Chandrakar is an NIT alumnus who currently works as a Senior Engineering Manager at Games24x7. Prior to joining Games24x7, he has worked at companies like Hike Messenger and Adobe, among others. During his stint at Hike Messenger, he created an eight-ball 3D multiplayer pool game under just 2.5 MB.