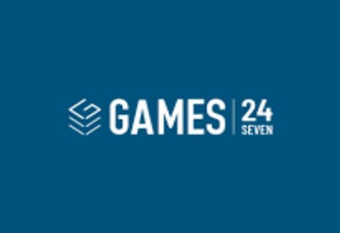 Mumbai, May 20, 2022: Games24x7’s fantasy sports platform, My11Circle has signed up as the official Title Sponsor for the upcoming Women’s T20 Challenge 2022.

Launched in 2019, My11Circle has created a distinct spot for itself in the market, witnessing a 100 per cent growth in user base last year. The platform actively engages with India’s passionate, knowledgeable and discerning sports fans and reward them for their skills.

Bhavin Pandya, Co-founder & Co-CEO, Games24x7 said: “We are very excited to be title sponsors of the upcoming Women’s T20 Challenge 2022. One of the most endearing developments in the cricket world in the last few years is the growing popularity of women’s cricket. This contest, which will feature some of the finest cricketers in world cricket, will give a further fillip to the rising popularity of women’s cricket, and will offer immense excitement to fans and supporters of the game of cricket worldwide.

The Women’s T20 Challenge this year will comprise four games which will be played from May 23 to May 28 at Pune’s MCA stadium. Twelve international players from South Africa, England, West Indies and Australia will compete in the Women’s T20 Challenge 2022. Smriti Mandhana, Harmanpreet Kaur, Shafali Verma, Laura Wolvaardt, Sophie Ecclestone and Deandra Dottin will be among the many prominent players.

Games24x7 is an India headquartered online gaming company with a portfolio that spans skill games (RummyCircle, My11Circle, Carrom) and casual games (U Games). It was founded by New York University-trained economists Bhavin Pandya and Trivikraman Thampy in 2006. Backed by marquee investors including Tiger Global and The Raine Group, the company specializes in using behavioural science, technology, and artificial intelligence to provide an awesome game playing experiences across all its platforms. Games24x7 operates RummyCircle, the largest online rummy platform in India, and My11Circle, one of the country’s top fantasy sports platforms. The company has also set up a casual games studio, U Games, to launch new games for the global market.