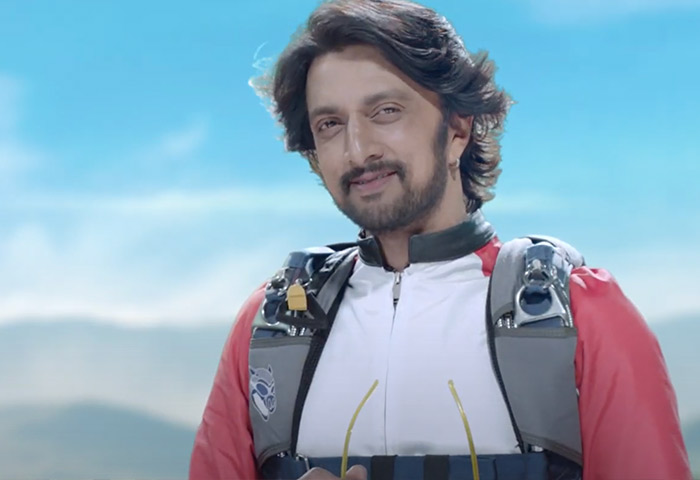 BENGALURU, Jan. 9, 2020 – Superstar Sudeep Sanjeev joins India’s biggest skill gaming platform- RummyCircle.com as a brand ambassador. The brand today unveils its new marketing campaign #SuperEntertainment with a video, to expand its brand connect to the southern states of Karnataka, Tamil Nadu, Andhra Pradesh and Kerala. Kichcha Sudeep is one of the most successful and versatile Indian actors with a career spanning over two decades.

Speaking on the occasion actor Kichcha Sudeep said, “I am happy to be associated with RummyCircle for the reason that it challenges you to think strategically and is an interesting game. I had fun shooting with the RummyCircle team in Mumbai earlier this month.”

The brand had signed Bengali actor and superstar Prosenjit Chatterjee and launched their campaign #BhorpurManoranjan in West Bengal last year. RummyCircle.com has pioneered localisation with the way it approaches communication, thus entertaining a wider player base across India. Asian Absolut – a translation, localisation, and marketing agency states that only 27% of gamers make up the English-speaking market, while 73% are native language speakers.

Speaking on the occasion Mr. Bhavin Pandya, Co-Founder & CEO, Games24x7, said, “We are very excited to launch our campaign with Mr. Sudeep Sanjeev as the brand ambassador of RummyCircle. RummyCircle has received an incredible response over the last few years, and through associations like these, we intend to further engage with our players.”

He further added, “Online rummy is all about two key things: skill and entertainment. Sudeep is both a fantastic actor and a great entertainer. We could not have found anyone better than him to promote our game.”

RummyCircle is run by Games24x7 — an online desktop and mobile gaming platform, which leverages technology to offer people competitive skill-based games like Rummy and Fantasy Cricket, is part of the fast-growing gaming industry in India. According to a report by NASSCOM, India’s mobile games market is expected to reach 628 million users and be worth $1.1 billion by 2020, up from $290 million in 2016. Among all the emerging markets, India is the largest in terms of downloads.

As of 2019, RummyCircle.com has over 10 million registered players. It also organises annual tournaments like Grand Rummy Championship and Diwali Rummy Tournament allowing players to compete with rummy enthusiasts from across the country and win exciting cash prizes.

Launched in 2006, Play Games24x7 is an online desktop and mobile gaming platform that has leveraged technology to bring people an awesome experience of playing games that they have always loved and enjoyed. The very affable Indian card games like Rummy that were restricted to the living room during the festivities are now played every day at a competitive level in the limitless digital world. Now it also introduces players to the world of online fantasy games with its new fantasy cricket gaming platform, My11Circle.

Backed by a strong technical support team, seamless payment gateways, and engaging user interface, Play Games24x7 stands as a market leader, providing the best gameplay experience to the user. Over the years, Play Games24x7 has developed a deep understanding of what players look for in a game. What makes them stand apart is the ability to provide a customised gameplay experience to each player. In the past, the company has also seen investment from Tiger Global Management, a leading US-based technology-focused hedge fund.